This is a place for my favorite posts. I'll place a new link here every now and again, so please check in every once in a while. Older links will appear below the most recent entry.

But first-- here are two long and utterly ridiculous adventures of myself and the infamous Sweetie. And of course, every word is true!

Here's a link to the first of 15 absolutely absurd posts about the arrest and trial of Sweetie. All she did was cut off the heads of a few Teleportation Security Administration folks. Sheesh!

Go here for links to all 15 posts.

Here's the link to the first of our equally absurd 35-part adventure into the bowels of the great donut conspiracy.

And here's the link to the absurd and totally unnecessary 41-- yes, 41!-part kidnapping of Bob, our giant granite Paleolithic slightly deified drinking bird.

At the end of the each selection, choose More Recent to move on to the next post in the series, or Older to move backwards.

George was supposed to look after my house while I was away. See the post just before to see how I figured out he had been shirking his responsibilities.

My adventures as a Second Life census taker.

Sweetie is fiercely loyal to her friends-- so when Stargazer Blazer opened a jewelry store... 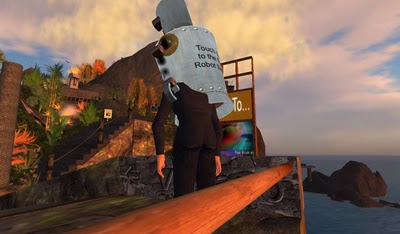 Our ever-on-guard robot Primsworth took his job a little too seriously sometimes.That's why we forced him into early retirement.

Okay, I'll admit to drinking the electric Kool-Aid at Burning Life. That's the ONLY reason I tried to lead a her of swine into armed rebellion.

What goes on inside Sweetie's head... is scary!

What happens behind closed doors at Linden Lab. Read here.

I wrote this before the advent of display names. I think it would have been a better solution. Read here. 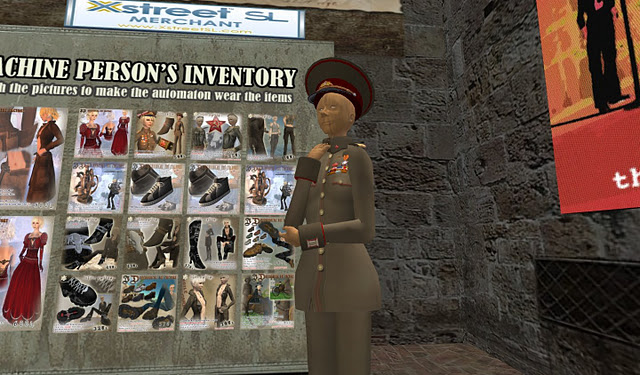 Never EVER take a robot mental patient to an amusement park. 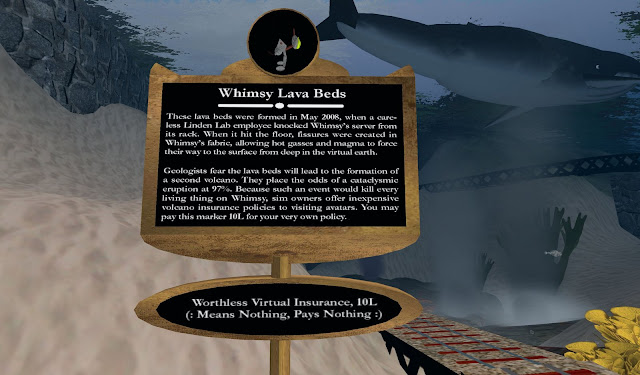 Who amongst us hasn't longed for affordable insurance in Second Life. Enter Whimsurance!

VIII. The Raid on the Cop Shop

Here's the link to our daring break-in at the Bay City Police Station. We were actually able to look at the personal information of job applicants. How's that for security? 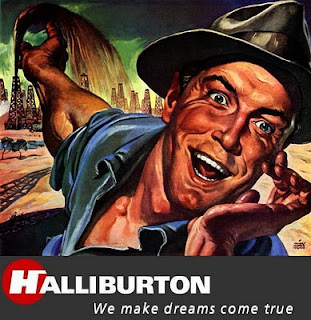 Here's the link to the first installment of the Whimsy Transportation Authority's dastardly plan to set up an oil refinery in Whimsy's water.

span style="font-size: large;">VI. Coming of Age in Second LifeThis week's favorite is my essay on maturing in our second lives.

This week's favorite: In which my darling's obsessive collecting behavior leads to an international incident.


This week's favorite sees Chey busted by the Dreamland content police, who don't appreciate well-done ugly when they see it.


III. Intervention
(9 February, 2009)
This week's favorite tells the tragic tale of Sweetie's intervention. Be sure to read the three or four posts ahead and behind to get the entire story of her inventory obsessive disorder.


This week's favorite launched a ridiculous 37-part tale of adventure with Sweetie into donut conspiracy land. Read to posts that follow to learn the whole story.

I. The Unfortunate Incident in Tombstone

This week's favorite is about my experience on the Second Life Tombstone sim. Posts before and after explain what happened.