And a great underwater labyrinth!

Whimcentricity, just to the south of Whimsy, is co-owned by us and Leaf Shermer. It features a great underwater labyrinth and Second Life's most spectacular geysers. 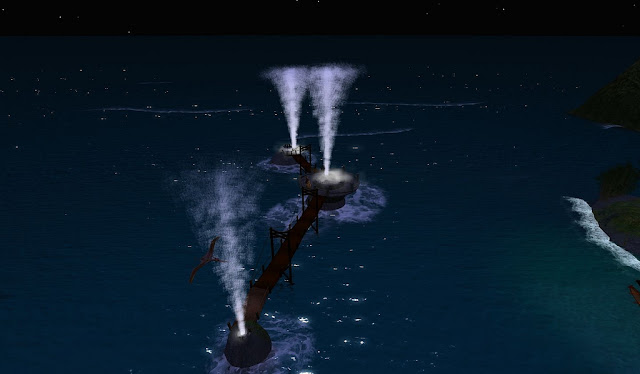 The central geyser fires off predictably for three minutes at a quarter till the hour. The second erupts twice and hour, and the third-- we had planned to call it Old Virtually Faithful, but because of its unpredictability, we have named it Gary-- goes off when it damn well pleases. Eruptions are, of course free-- but you can pay five Lindens and pop them off off-schedule.

There's no shortage of wildlife. Here's Callie the sea monster on routine patrol: 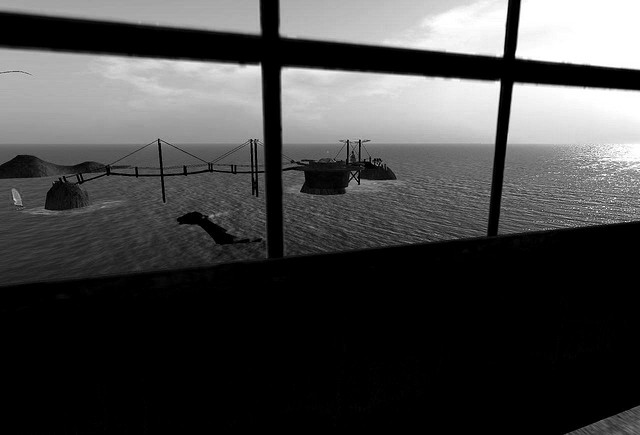 And this-- could that be a pterodacyl caught in front of the geyser? 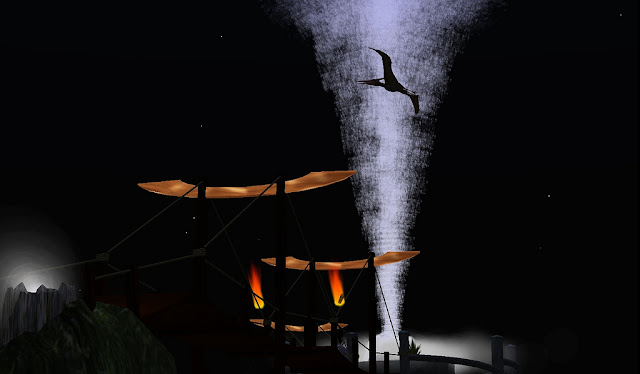 The labyrinth makes for a LONG walk! 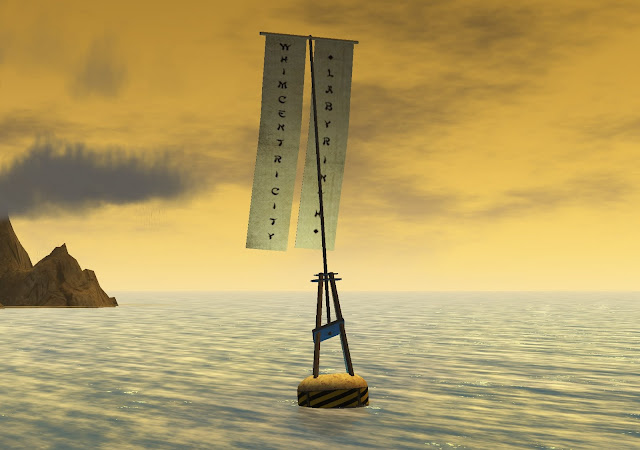 It starts on the southwest corner of the sim... 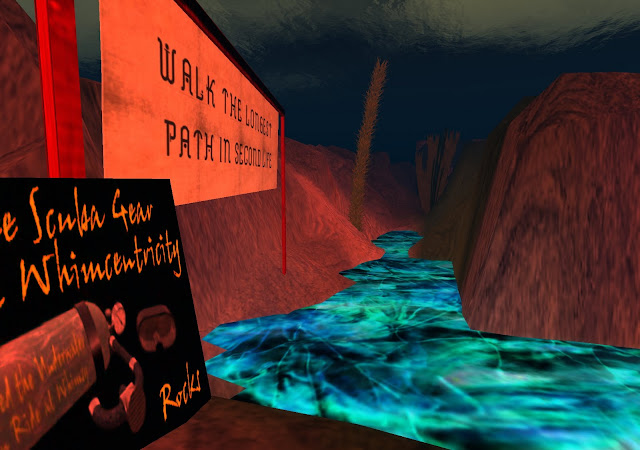 ... and winds across the seabed, providing spactacular views when it breaks through its walls and looks over a central gulf. 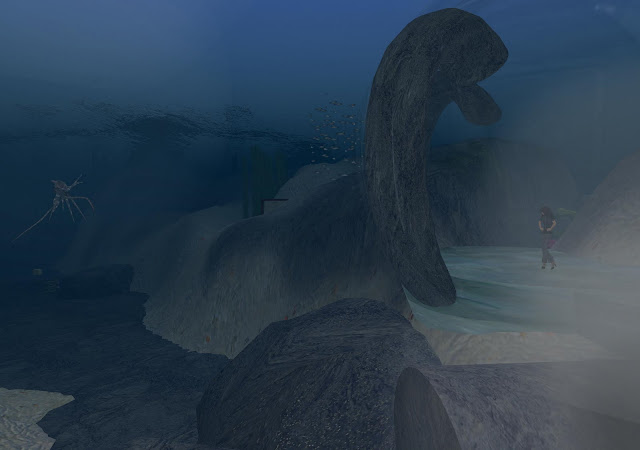 The labyrinth, still in progress, is a great walk-- or horseback ride. 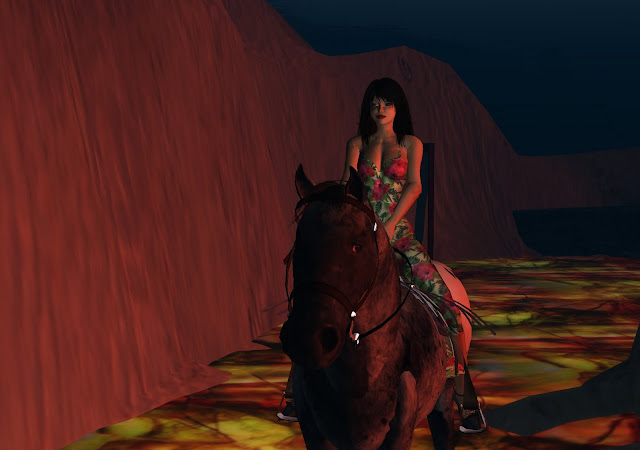 Views of Whimsy to the north are wonderful at the surface. 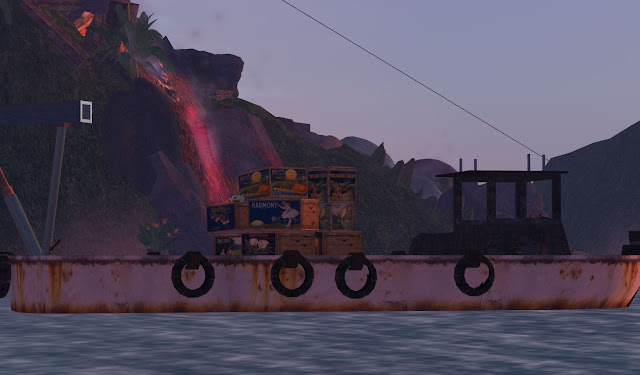