"But computers are stupid," said Sweetie.

Of course, Sweetie's only experience with computers had been in Second Life, where laptops are carried around by newbies to replace the typing gesture. Having spent the entirety of her existence INSIDE the computer, she had little idea how useful they could be.

"Earth is different," I said. "Here you can use computers for all sorts of useful stuff."

"Well, look here. This is a website called eBay. Here you can buy all sorts of things at auction. Sometimes the deals are-- DON'T PUSH THAT KEY!"

"Oh, flying!" Sweetie gushed. "I love to fly! Let's go!" She jumped into the air and looked disappointed when gravity pulled her back to the ground."

"The Teleportation Security Administration!" she shrieked. "I hate those bastards!"

And well she should, since they had once descended upon our home in Second Life and led her away in virtual handcuffs.

"These guys are worse," I said. "They make you take your shoes off!"

"I'd like to see them try," she said menacingly.

"But look on the bright side," I said. "You can now carry up to three ounces of liquids."

"Do they have a rule against explosive lipsticks?"

"But Sweetie," I said. "This place is new to you. There's no telling what might befall you while I'm away."

"I'm ready for anything," she said, drawing her katana from its sheath. "What's this?" She was looking at the blade, her face in "I'm Not Amused" mode.

"It's rust," I said. "Oxidation of the steel. It's one of the pleasures of living on Earth."

"Just polish it with a soft cloth and apply a little oil," I said. "And don't carry it in public."

"I have to defend myself from the natives," she said.

And that's the story of why I have to leave here on Monday and fly to Florida.

Posted by Cheyenne Palisades at 8:43 AM 0 comments

We've been on the lam for two weeks now.

I never had to hide out before.

It's sort of fun.

When my plane landed in New York I made my way immediately to Ryker's Island, where Sweetie was being held without bail. By representing myself as her court-appointed public defender, I was able to get in to see her.

They checked me thoroughly for files, knives, firearms, and explosives, but obviously they didn't think the tiny flash drive I was carrying could be a threat.

Little did they know.

That drive contained a copy of the latest intergrid teleportation software, a collaboration between Linden Lab, IBM, and OpenSim It was a pre-beta release, the super-secret Version 1.23.007, the first release to allow direct teleports between Second Life and Earth. I passed it to Sweetie, and she immediately plugged it into her built-in USB port. In her thumb. Literally, a thumb drive.

"I sure hope the Grid isn't down," I whispered.

"Read the release notes," I said. "You can port your Second Life avatar over, with inventory and all powers intact. Except for flexiprims. They've not quite got that worked out yet."

Within seconds Sweetie-- the real Sweetie, in all her idiosyncratic glory-- was standing in front of me.

"I told you coppers you couldn't keep me in here," she sneered, and went nonphysical and walked out, going through the bars, a couple of doors, and past an astonished trustee.

"Escapee! Don't let her get away!" shouted a guard. He pulled a lever and bright spotlights hit Sweetie. Immediately the guards in the towers began firing their machine guns at her. The bullets went right through her nonphysical form.

Sweetie could have gotten away easily, but we're talking spotlights here. We're talking diva. As soon as she was in the spots she stopped, smiled, and waved magnanimously at her adoring, bullet-firing, uniformed admirers.

"I love boys in blue," she said, making a deep curtsy.

And then she walked through the outer fence and was gone.

And me? I got grilled by the warden, but he eventually had to let me go.

As soon as I was away I found an internet cafe and logged into SL. There was Sweetie.

"But you have to," I protested. "We have a secret mission."

"It's not the donut grid again, is it?" she asked dubiously. "Those damn Krispy Kremes really pile on the pounds-- something that would never happen in Second Life."

"No, no," I said hurriedly. "There are no donuts involved whatsoever. This is an entirely different mission."

"Well, are you going to tell me what it is?"

"Sure, I said. "As soon as I can make up something utterly ridiculous." 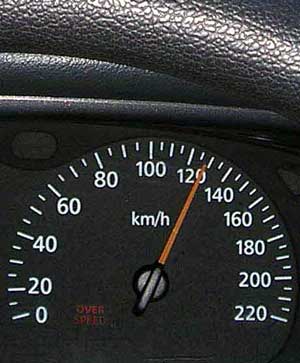 Wow, this may be my longest time ever ever between posts!
Written 14 September, 2009


Now it can be told.

Yes, I managed to overturn the gag order imposed on me by the Supreme Court, so I'm free to talk.

There was more to my visit with Sweetie than just a visit.

But you knew that, didn't you?

I had to come up here to get her out of trouble.

It began when she came out of world and returned to Earth to get ready for my visit. Immediately she was in a foul mood.

"Uh, you've not tried to teleport yet, have you?" I asked.

"No, but I'll try that as soon as I adjust my Appearance sliders.... OMG! My shape has become no mod!"

"Your skin is, too," I said. "But look at the bright side. There are no prim limits on Earth."

"My Lindens are worthless!" she said.

"Not quite," I said. "They just don't have a high rate of exchange against the dollar. So your 843 Lindens are worth, let's see, a bit over three dollars."

"I hate this place," she said. "What are these drops of water on my face? I never had that before."

"It's called perspiration," I said. "That happens when it gets hot."

"I can't even find my inventory. All I seem to have is a stupid closet. And it doesn't expand infinitely. It just stays the same stupid size. It was all I could do to get the door shut."

"Yeah, Earth sucks," I said. "But maybe one day there'll be a new version."

Sweetie managed fairly well with the various limitations of Earth, but there came a day when she realized...

"And more importantly, how are you going to look at people having sex in houses far away?" I asked.

"That too! I can't even see the back of my head! I seem to be stuck in permanent mouselook."

"I hope you appreciate how much I'm giving up to see you," she said.

But it wasn't soon enough.

Sweetie managed the various inconveniences of life on Earth pretty well, but she didn't quite get the laws and mores. And that's what got her in trouble.

"I'm in jail," she said. "And they have no build on. I can't even rez a nonphysical sphere to get out of here."

"Nothing, she said. "I was just driving my Primouth down the road and a cop avatar pulled me over and asked me where the fire was."

"How fast were you going?" I asked hesitantly.

So there you have it. The first thing I had to do after my plane landed was bust Sweetie out of jail.

Buying a used car in Atlanta is a pretty major pain.

It's rather like buying a car in Los Angeles. The car you want to look at may be the better part of a hundred miles away. And the one after that? A hundred miles away in another direction. So, unless you cleverly plot out your route, you can see maybe three cars a day.

Buying small things-- batteries, sheets, computer parts, office supplies-- can be equally frustrating. I once chased all over town looking for a bottle of Lavoris mouthwash. Never found it. Not in town, at least.

Where I did find it was in a drugstore in South Dakota. Through the world wide web, of course. I bought a case and had it shipped to me. Years later, I'm down to two bottles.

By the time you figure in sales tax, the high cost of gasoline, and wear and tear on your vehicle, it more and more makes sense to buy it on the internet.

And the cherry on the ice cream sundae is it's often half price of less online.

Recently I replaced my forty-hour single-tuner TiVo unit with an 80-hour double-tuner TiVo for $55 (with shipping). I bought for $4 each batteries that would have been $12 at my local drugstore (if they had them, which they didn't). I bought for $31 a box full of more than one hundred old Viewmaster slides (I keep kaleidoscopes and a stereopticon and a couple of Viewmaster viewers on a table in my guest room). I bought a camera bag (they were horrendously expensive at Best Buy) at Wal-Mart online and picked it up at my local store. I bought some underwear. Since I will be driving the Natchez Trace Parkway from Nashville to Mississippi next spring, I found and bought a nice book on the Trace at Amazon.com for $2.65 plus $2 shipping. And I bought two brand-name camera straps for $7 with free shipping.

Going to my mail box these days is like Christmas! 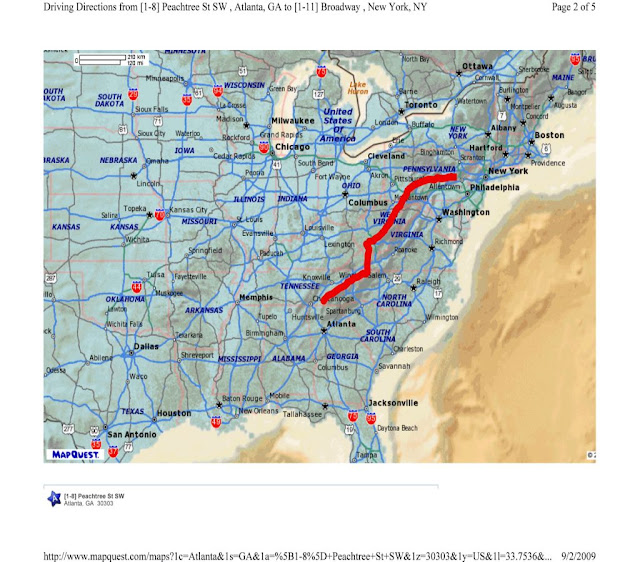 I've been remiss in my (usually more than one post a day) blogging. Part of that is because nothing particularly exciting has happened in my Second Life-- but the larger part is I've been busy in real life.

I've been in world quite a bit, but mostly just hanging as I clean the house and fix things that have gone too long unrepaired after three years in world. I spent the last two days scurrying all over town, getting my eyes examined, my prescriptions refilled, and looking for small and mundane things I've neglected to replace-- a one-cup Pyrex measuring cup, a butter dish, batteries, a UV filter for a camera lens, and a tree limb saw I bought on eBay and which happened to be sold by someone who lives less than ten miles from me. I've generally been getting my life in order.

This burst of energy revolves around two things. my last day on my job was Friday. I am now retired. And I am flying on Thursday.

Yes. It seems Sweetie has gotten herself into another pickle and needs me to come pick up the pieces.
I TOLE HER New York has draconian gun laws!

So not to worry, I am still on the job, just don't have much to write about-- although you can bet there will be a bunch as I relate my soon-to-come adventures with Sweetie.

In the meanwhile, if you need something to read, look on the left hand column of this blog and read all about Sweetie's trial.

Posted by Cheyenne Palisades at 12:21 AM 0 comments