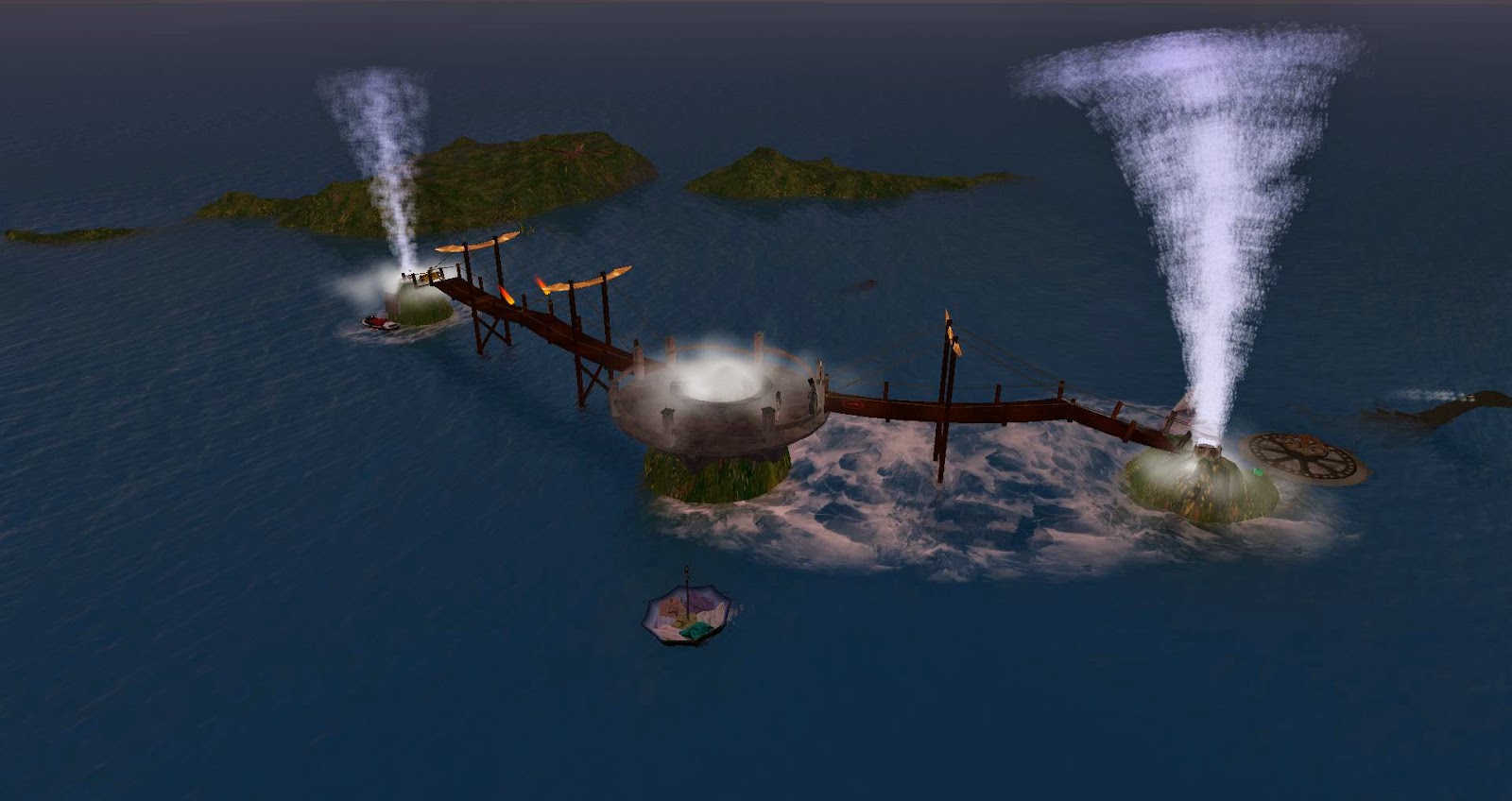 Our sim neighbor Leaf Shermer has been absent from Second Life for about two years now. Her reasons are personal. I don't understand them, but I respect her decision to stay out of world-- and I REALLY respect her for keeping her sims in SL while she has been away.

The other day Leaf left a message for me, saying her sims will be disappearing within the next few weeks. That means we will say goodbye to her full sim Eccentricity and homesteads Idiosyncrasy, and Whimcentricity, Our homestead Whimsical Mischief, which Leaf has been renting, will go away as well. In this case I know just when it will disappear, for tier for Mischief is due on the 4th of February.

I will especially miss Whimcentricity, where our amazing glaciers live. Perhaps we will relocate them to Whimsy Kaboom.

Do yourself a favor and visit W-C while it's still in world.

Posted by Cheyenne Palisades at 3:13 AM 1 comments I've been packing my house for more than three weeks now and finally I'm finished (except for the things I am holding off on until just before closing-- namely my desk and computer and waterbed). Closing has been pushed back and will probably happen around the 20th.

Boxes are everydamnwhere. For weeks now I've had the feeling I'm living in a cardboard igloo. Above is the view from my desk. Every room in the house looks much the same.

I've not been in a head space to work on serious projects on Whimsy, but Sweetie and I go dancing a couple of times a week and hang around Whimsy. Sweetie has a new favorite plant designer and has been replacing old-style plants with new mesh, low land impact vegetation. Here she's adjusting a palm; that's me in the distance, behind the big Animania dragonfly. 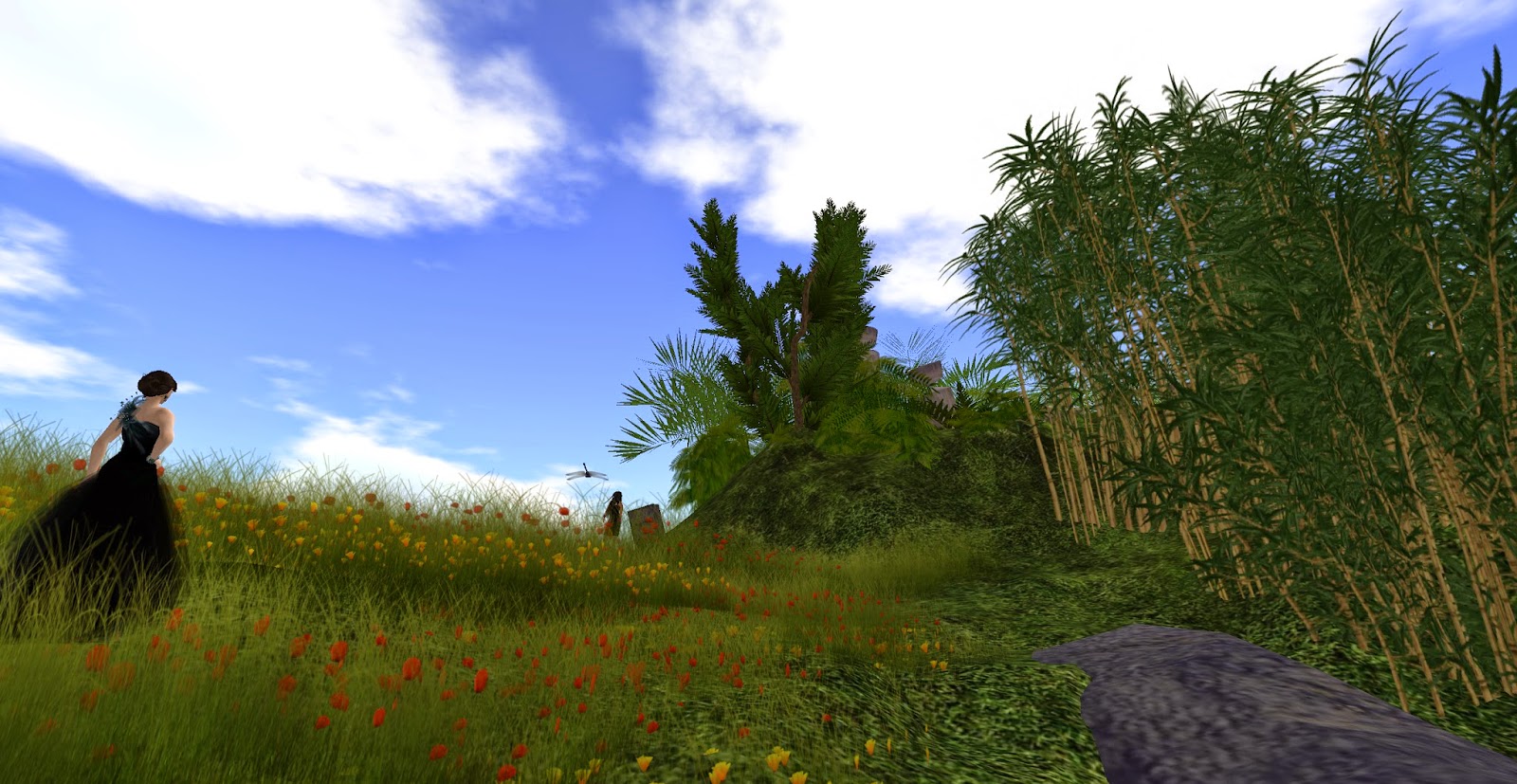 Here are some temp-on-rez dragonflies from Botanical. They're tiny and hard to catch on camera, but Sweetie's patient and managed to get this shot. 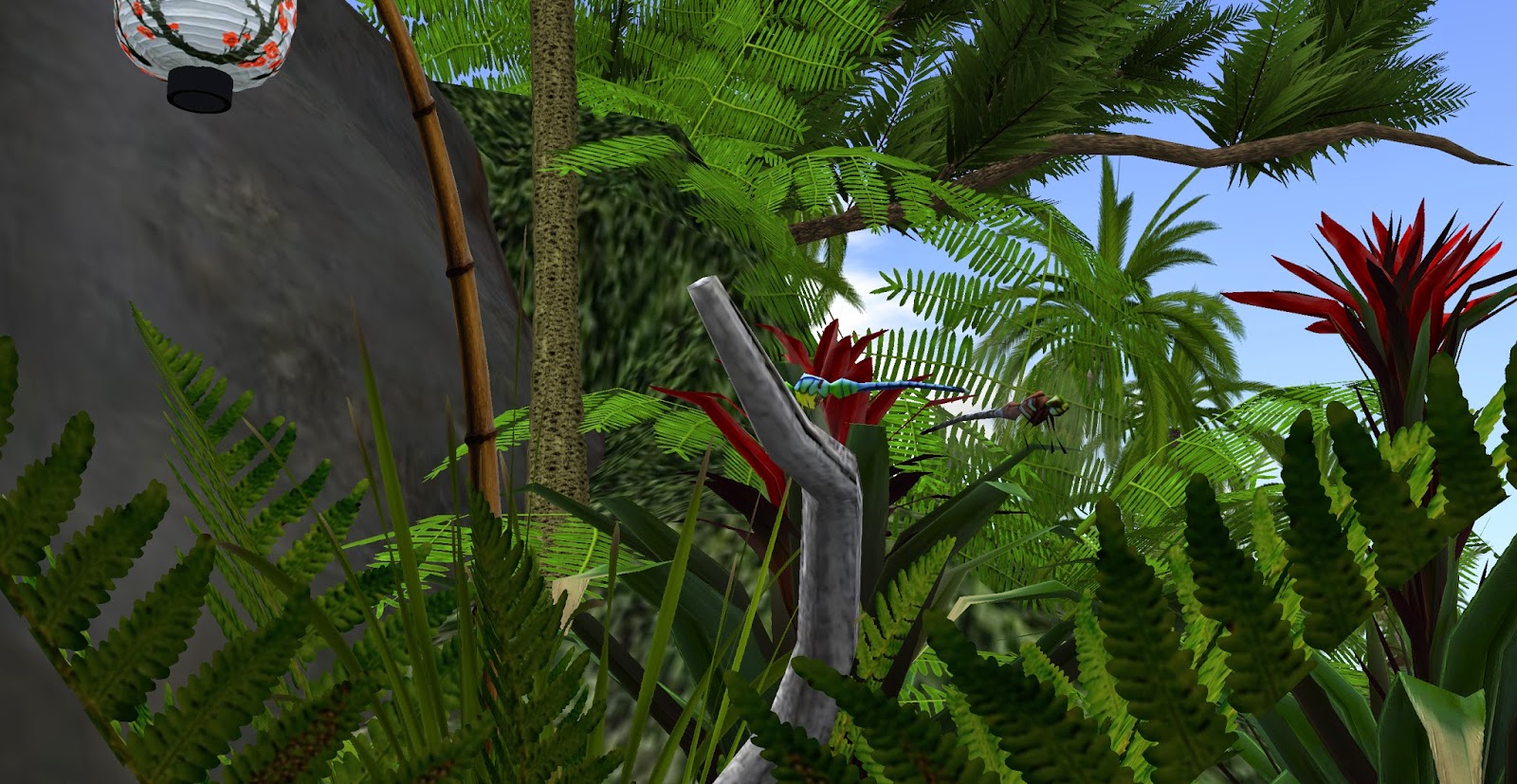 I mostly sit and watch her work. Here we are sitting on a bench near Whimsy's swamp. In keeping with Sweetie's strict espionage-agents-cannot-have-their-faces-appear-in-the-media policy, I have cropped her image. Just before she took the photo, Sweetie had tweaked the bench, changing its color from green to brown.

In a couple of short weeks I will be headed to New Jersey with all my worldly possessions in a 26-foot U-Haul truck-- but for now, Second Life and Skype are great ways spend time with Sweetie, who is happily getting adjusted to our new house.

Posted by Cheyenne Palisades at 2:29 AM 0 comments