The Bob Saga: XXIX: Bob Gets Up to Make the Donuts 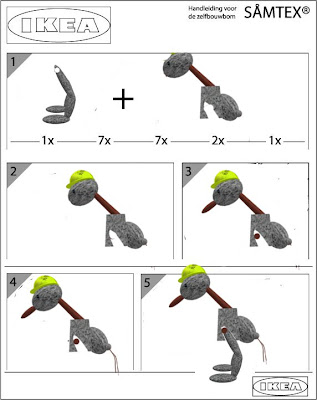 XXIX: Bob Gets Up to Make the Donuts

Sweetie studied the blueprint I'd snagged at Second Sweden.

"Fiendishly clever," she said. "They're going to flatpack Bob at Ikea. Maybe they already have!"

"Diva knows no shame," I said. I handed Sweetie the latest postcard, containing a photo of Bob, with donuts. 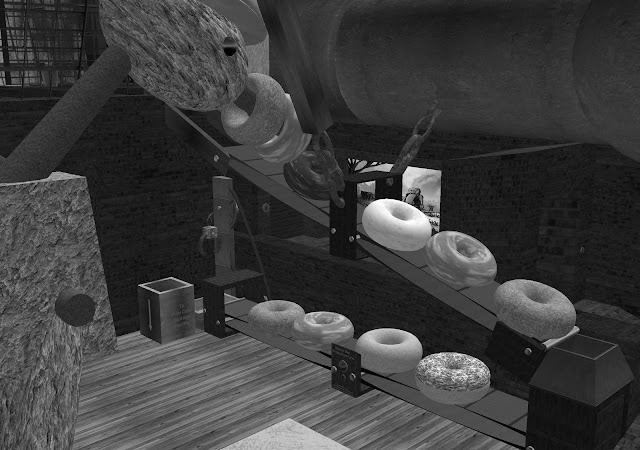 "She's wants us to think she's hiring him out to Krispy Kreme as a donut hole puncher," Sweetie said, "but it's not gonna work."

"And at our own robot sanatorium!" I said.

Sweetie studied the back of the card, and then licked it. "The writing has already appeared," she said. The ink is fast-acting maple syrup." 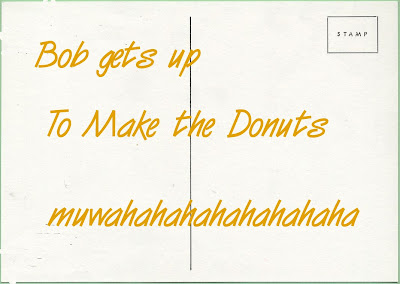 "So now," Sweetie said, "you have to go where I can't-- to Scandinavia, to search for clues."

"Do you want Bob back?" Sweetie asked.

"Then off you go," she said." And never forget-- you look fabulous in that coat."

Posted by Cheyenne Palisades at 5:25 PM