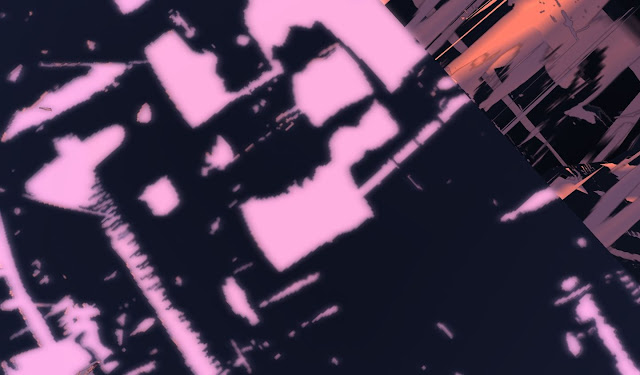 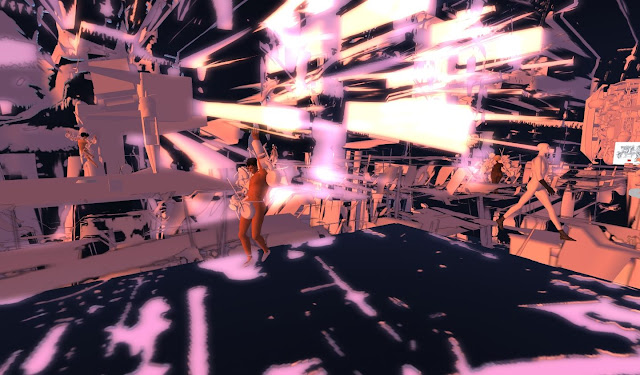 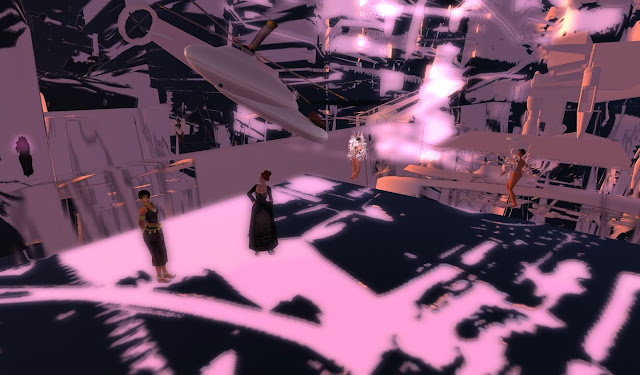 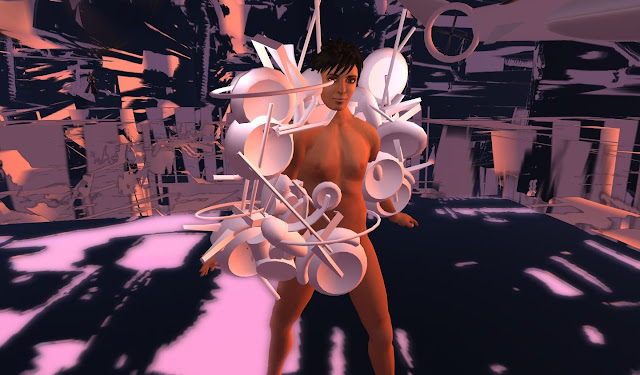 It is a ongoing project and will go into more “high res” detail, we call it “WHITE-NOISE.” White Noise, a reference to random pattern and “Bildrauschen,” which we as builders see working on it for hours and you think you get snowblind.” (Max Moswitzer [Mosmax Hax in Second Life)

Sweetie, artiste that she is, took me today to see Whitetrash Plays Whitenoise, Opera 1: Automatica of the Trivial Mechanisms (for an overwhelmingly positive review, see here).
I was myself underwhelmed.

When it comes to art, I’m hardly a hard-core representationalist. I won’t attempt to justify that statement, but it’s true. And I have a keen nose for bullshit, and well, ‘nuff said.

Here’s more of the exhibit’s write up, taken from a notecard I picked up at the installation:

Conceptually and technically innovative is “White Noise,” a work from Vienna-based Mosmax Hax. This experiment in non-human architecture utilises the detritus of Second Life, freebie objects such as teddy bears and discarded skateboards, to construct a dazzling white snow-palace. This mishmashed building enfolds on multiple levels of detail and evokes the perfect domicile for the realm of Second Life. http://www.anat.org.au/pages/news/SecondLifeArchitectureAwards.htm

The Whitenoise set is a series of megaprims with abstract black-and-white patterns (well, they may be in fact representational, but it’s impossible to tell what, if anything, is represented, so for all practical purposes they’re abstract). The effect is, as was clearly planned, a bit disorienting, especially since the floor upon which arriving avies stand is alphaed and the visible floor is far below. This makes walking strange, since the prim beneath moves but little compared to the distance the avi travels; it seems as if the sim is lagging, although it is not.

The large space is speckled with builds comprised of pastiches of familiar Second Life objects (mostly freebies) which are textured white. Upon close examination, some are familiar, although it takes a bit of work to differentiate them because they’re monochrome. One big cube is comprised of several linked sets totaling more than one thousand prims, although:

With a tool we use this build has just around 25 prims, normally it would have 1000 prims.

In other words, a temp rezzer.

Some textures move, adding to the sense of disorientation. Sound prims here and there feature monotone voices repeating nonsense lists of words.

The performance featured a dozen or so avatars naked except for a costume made of a conglomeration of found objects. The actual performance seemed to consist of these folks walking about and a couple of non-moving helicopters floating above everything.

Add vacuous comments from attendees and performers and you pretty much have the show. Sigh.

I hate to be a party pooper (no I don’t!), but there’s a certain type of pretentious showmanship that purports to be the highest form of art, but isn’t. It’s just puffery.

Guess which this is?

Sometimes I think the fine art community contains a high percentage of artists who get by on pure bluff and bullshit. They’re successful because the community also contains a high percentage of critics and aficionados who pretend not to be bullshitted—or remain silent because they fear the scorn of the rest of the pretenders.I seem to remember Desmond Morris once amazed the British art world with the paintings of a visionary new abstract artist. When the critics had taken the hook firmly in their mouths, Morris revealed the artist was in fact a chimpanzee. This did not make him popular in the art community—which sort of proves my point.

Mosmax Hax’s efforts to extend the human experience by the creative use of Second Life’s experiential possibilities are commendable, but his White Noise is just white noise.

Posted by Cheyenne Palisades at 12:38 AM