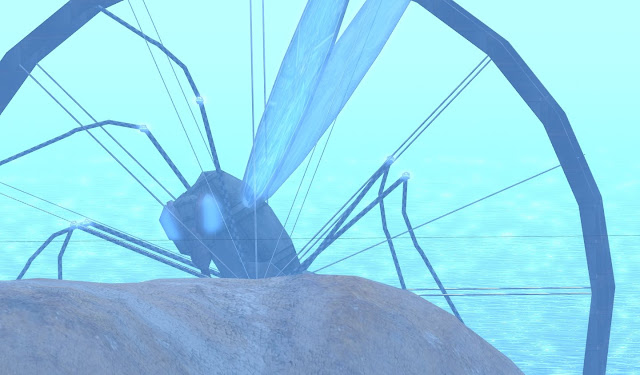 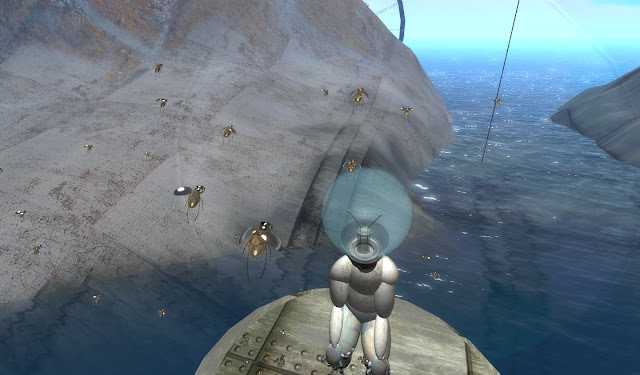 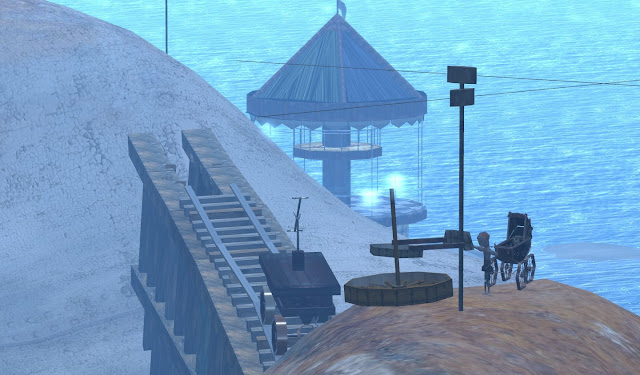 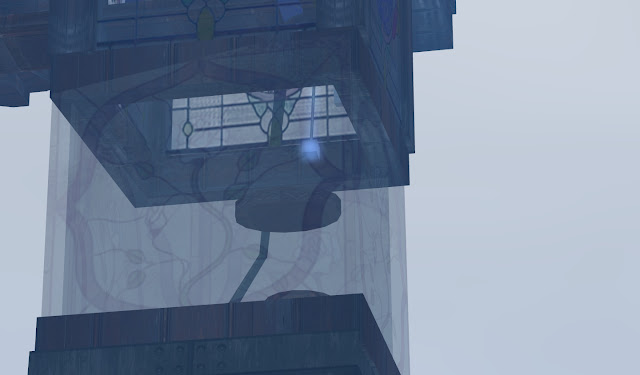 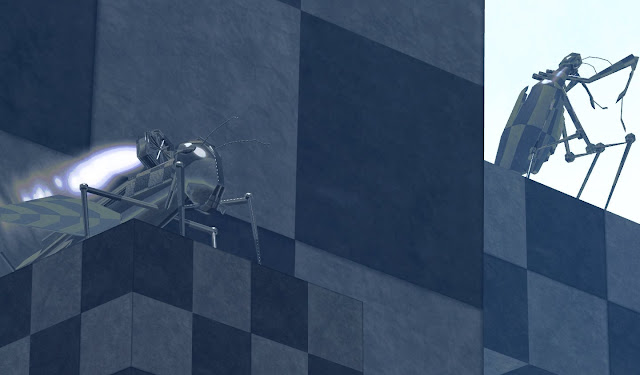 In stark contrast to the Whitenoise installation is Bryn Oh’s Immersiva sim. Unlike Whitenoise, Immersiva isn’t random; rather, it’s clearly well-thought-out, with a theme that’s consistent throughout.

Of course, orderliness and theme aren’t essential for art—some of my favorite builds incorporate a great deal of randomness and have no apparent theme. I chose Immersiva simply because it was clearly made by someone who has mastered the tools of Second Life and used them share her artistic vision.

Immersiva could best be characterized as a robot junkyard, or perhaps a planet populated by lonely robots. Scattered here and there on a strange metallic plain are Bryn’s creations—insectoid and humanoid automatons, a railroad handcart resting on a huge wooden trestle, an underwater dome filled with jellyfish, a tall, lonely tower.

Bryn’s verse is scattered throughout the sim—poetry of loss and longing, laments for her lost mechanical daughter. The entire sim reflects the mood set by this poetry: a robot child in a translucent cube; a mechanical man with a light bulb head, surrounded by hovering mechanical bees; a pair of metal figures high atop the tower. It’s all strangely affecting.

Stations around the sim direct passersby to Bryn’s machinima, which reinforce the sim’s mood. So, too, do Bryn’s Windlight presets, which are available near the entry area.

Immersiva is a stunning place, well worth a visit.

Posted by Cheyenne Palisades at 1:23 AM