Dirty Movies at the Robot Sanitarium 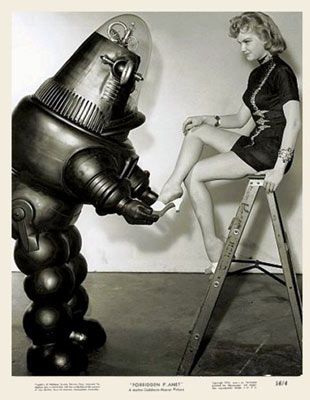 Robbie was notorious for his shoe fetish. 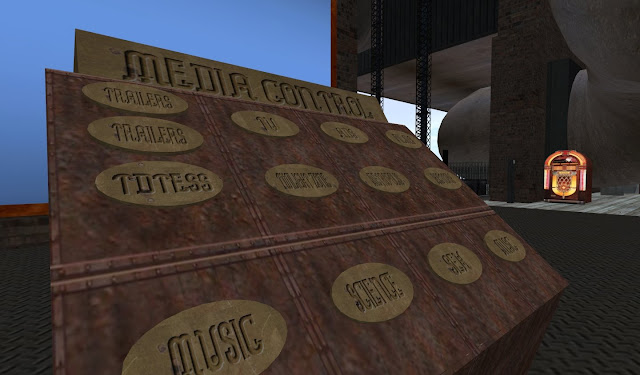 Media Controller at the Robot Sanitorium 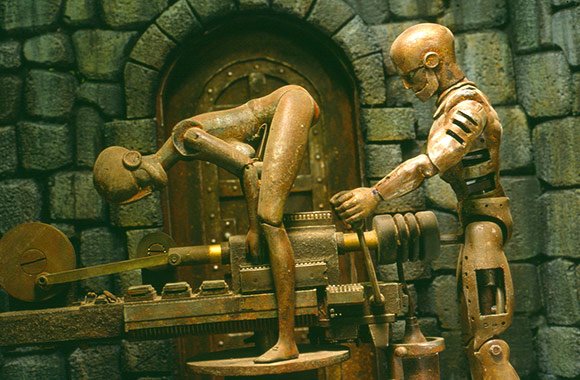 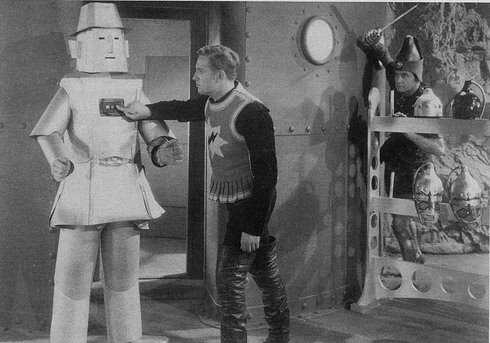 Gene Autry tweaks what passes for a nipple on a Murian robot.

Dirty Movies at the Robot Sanitorium

One thing I like about oh-so-logical computers is inductive logic still has its place.

I was having difficulty getting my script to reliably change the media URL on Whimsy Kaboom. I had to try twice or even three times before it worked. Then, for no empirical reason other than why not, I called the same URL twice. There was no particular reason why I should have tried it or why it should worked, but work it did. Now video streams change properly.

I wanted the educational component of the Robot Sanitorium to feature movie trailers, clips from TV shows, and other robot-related material. I was expecting to find maybe 10 clips I could use. Happily, I found thousands of robot videos on YouTube (I have a way of streaming YouTube videos).

I placed my huge flat screen against a wall in the basement of the sanitorium and have been busily configuring a dozen or so buttons to play videos. Themes include movie trailers and clips, TV, science, history, music, educational features, short films, and robot sex. Because I like both movies, there are separate buttons for Fritz Lang’s Metropolis and The Day the Earth Stood Still (the 1953 version). Touching any of the buttons brings up a blue menu that gives you many choices; there are nearly 100 selections in total.

I did. I said robot sex.

Oh, yeah, with one another, and with humans, and all by themselves.

But if you like robots, sexy or otherwise, come check out the robot sanitorium on Whimsy Kaboom.

Posted by Cheyenne Palisades at 9:47 AM