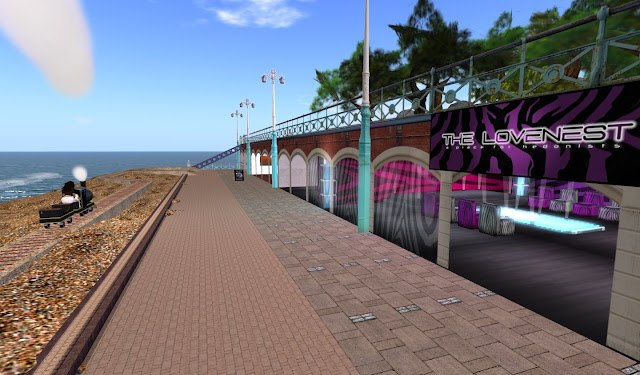 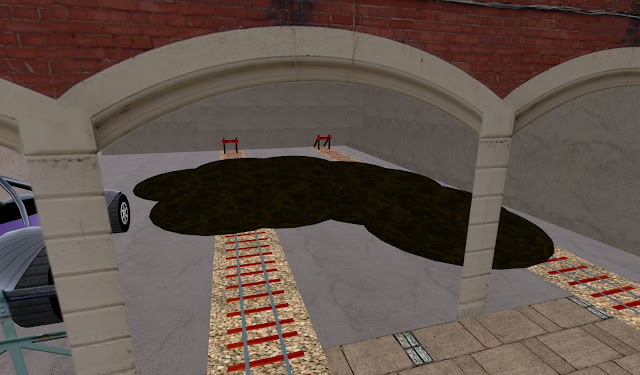 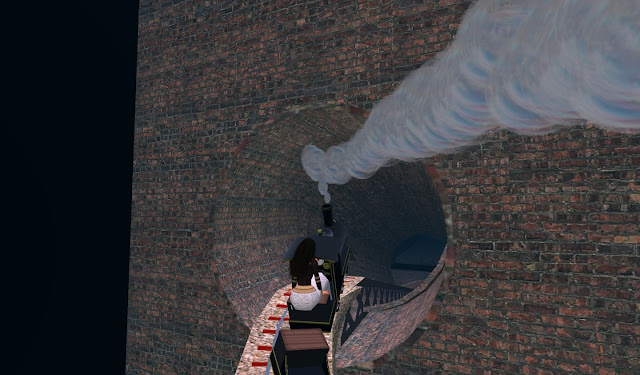 There's an extensive tour of the sim's sewers... 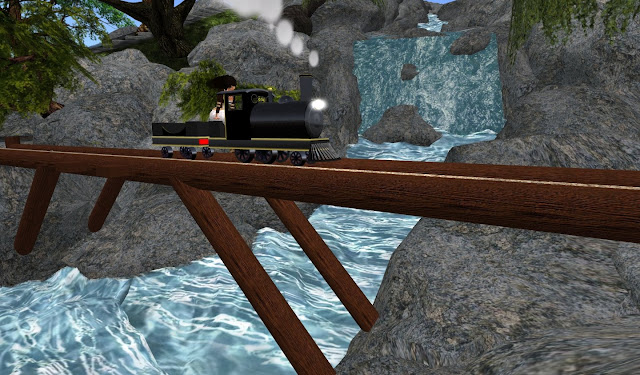 And a nice nature tour, featuring trees and water from Botanical Straylight. 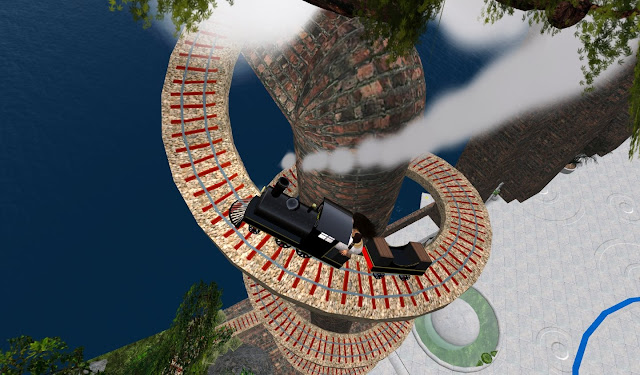 For reasons of confidentiality, Kitto Flora doesn't release the list of people who have purchased his little steam train. So about a year-and-a-half ago I put together a list with about 50 locations for his train. I update the list from time to time.

Second Life being Second Life, things always change. When I've checked before, some routes have changed and others have disappeared. But today, some three months after my last circuit, I found huge changes. Some places no longer had the engine out, some places had clearly changed owners, and entire sims were just gone.

So much had changed, in fact, that I decided the list is just not worth maintaining. In fact, I'm depressed.

Some of the vanished routes were stunning.

Do ya think all the changes have something to do with the Lindens' jacking of the price of openspaces? Could it be? Naaaaah!

I had planned to post the list here, with SLURLS. Instead, I'm posting some of the better routes.

Last night, Sweetie and I found a great route on the Brightown sim (home of Animazoo Animations). It started out as, I thought, another boring flat track-- but then things took a turn. Really nice route with extensive use of Kitto's helical track.

Check out also the train on the Asim Zahra sim. There are two extensive routes and the sim is attractive and fun.

Sweetie and I love the route at Tindallia Soothsayer's Misty Acres. You start by entering an old mine. Quite well done, and the rest of the sim is a hoot.

I'm quite sure there are many new and astonishing routes for Kitto's train. You can find them, as I will, by typing TRAIN in Search.

Posted by Cheyenne Palisades at 7:48 AM