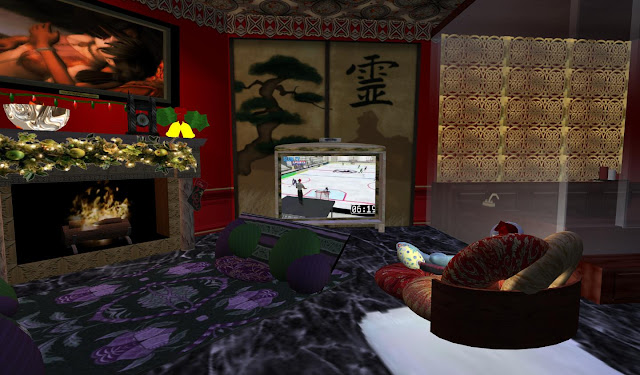 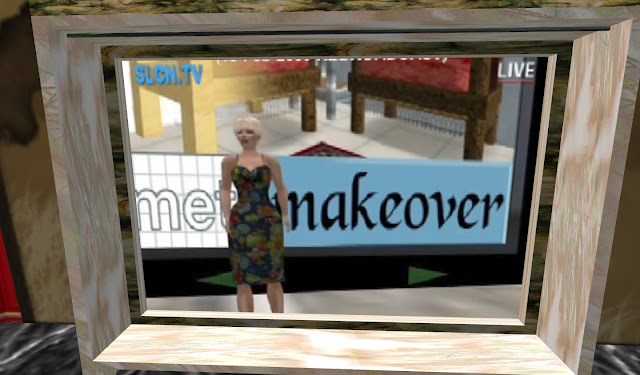 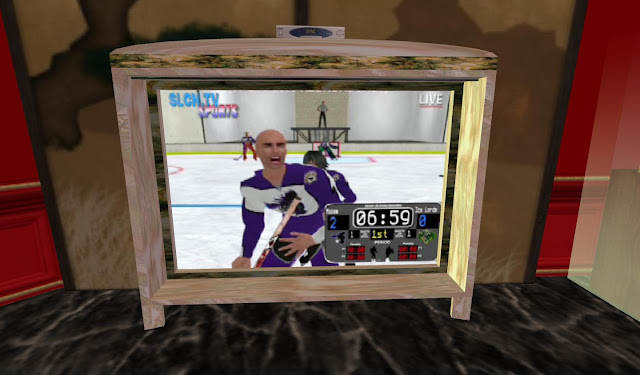 I would like to say Sweetie and I are big fans of Second Life’s giant snail races, but we’re not.

I take that back.

We’re BIG fans. We love the absurdity of it all; we just lack the time to buy the tickets and fanboy caps. We’ve never actually BEEN to a race. Nor have we really figured out how it all works. We’re fans more in theory than in practice, but fans we are.

I’m not so sure we would love snail racing so much if we knew the rules. All we know is we love to watch the huge snails lumber about and occasionally fall from the race track in the sky.

Whenever we turn on SLCN-TV and the snail races are running, we stop whatever we’re doing and watch, mesmerized.

There are several Second Life television stations, but SLCN-TV is the one with which we are most familiar. We’ve been watching it for the past year or so.

SLCN-TV’s programming is limited, it seems, to fashion shows, a game show, snail and car races, sailboat races and regattas, and sports. There are lots of reruns, and sometimes the station is off the air, but it’s fun to watch, and professionally done.
I’m particularly fascinated by the hockey games. In every way, from the use of multiple cameras to the patter of the sportscasters to the action on the court, it’s exactly like the coverage of a real life game (well, except for the occasional disappearance of a player). It’s eerie to think okay, here I am with my girlfriend in my virtual house in Second Life, watching a replay of a virtual hockey game on my virtual TV screen. And it all seems so NORMAL.

You can watch SLCN in world or from their website.

Posted by Cheyenne Palisades at 9:50 PM