Earlier this year I took a commission to make a full-scale version of a nonmodifiable model.

The client wanted an exact replica, which was of course impossible without modify permissions, but I came remarkably close, as evidenced in prior blogs.

The client, who was on the spectrum, wanted a huge city exactly like the original, including flaws, and that's what I made for him. As we had agreed, I made an exact copy, and flaws were considerable. It was, after all, a model. Prims were misaligned, there was texture flicker, the walkways were camera traps, and most of the textures were placeholders, some as small as 32 x 32, making them a blurry mess even on the model. In the end the client refused to pay because he didn't like the flaws he had insisted upon. I was smart enough to not give him the city.

When our business was concluded I just couldn't stop without making the build right. And so I have spent several weeks tweaking it. I gave the buildings a granite texture, got the proper window texture, thanks to the kindness of Alia Whitfield, changed the unworkable roofs and walkways, and added round windows to some of the buildings. Here's what the build looks like now. I call it Metro City. 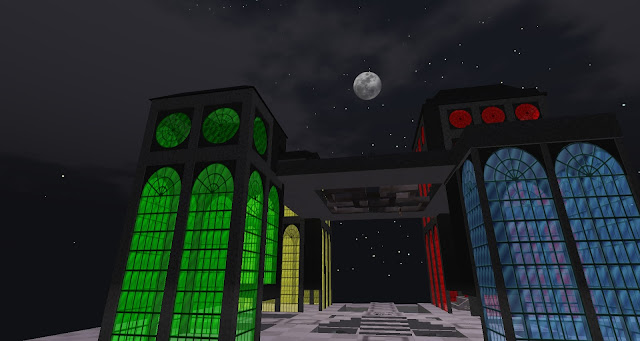 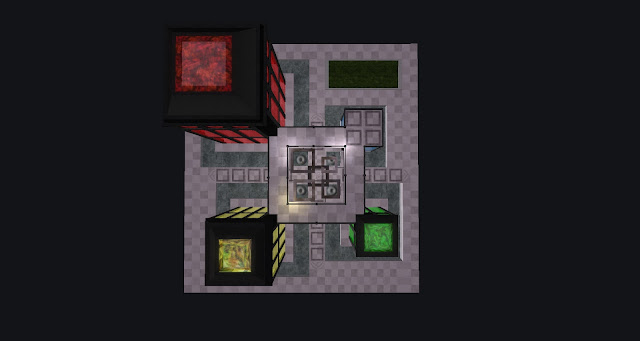 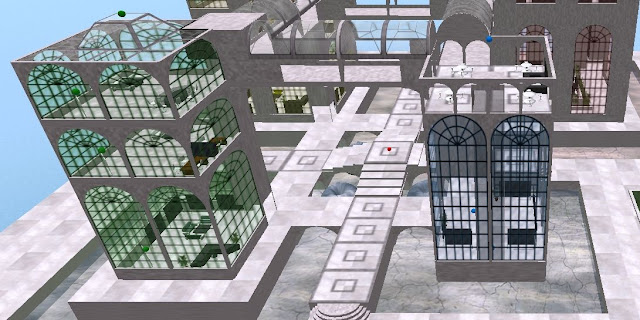 The rising part of the green building's roof is a single prim, tapered; this played hell with the way the glass texture was displayed. I changed the mode from normal to planar, which corrected the problem, but I still hated the roof, and so I reworked the roofs of the red, yellow, and green buildings with simple inset glass crystals

Here are the walkways in the model. Habittrails for hamsters! Compare with the photo of the walkways as they are now.

Not that I would have ever set out to make something so corporate, but I'm pleased with the way the build looks now. I doubt I'll do anything with it, but at least I won't be bothered by it's unworkableness.

Posted by Cheyenne Palisades at 10:09 AM