Today I teleported to the former site of Danger in Evolution, an art display by Nessuno Myoo and Kicca Igali-- but in its place was a work in progress by Mac Kanashimi called Mandelbrot Fractal Art. This post is about the latter. I'll pick up Danger in Evolution in a future post.

Note the fractal image above. Pay no attention to the black spots, the prims that will go there aren't yet in place there-- I think. I turned my draw distance up to 1000 and still couldn't see anything.

I took the image from directly above the build. Watch what happens as I lower  my camera. 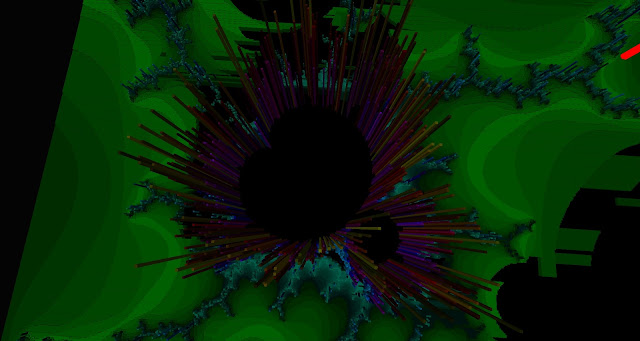 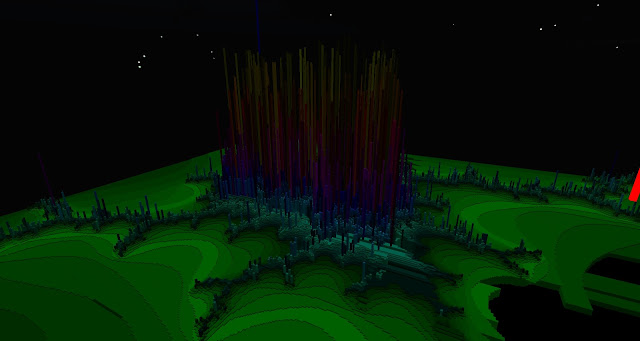 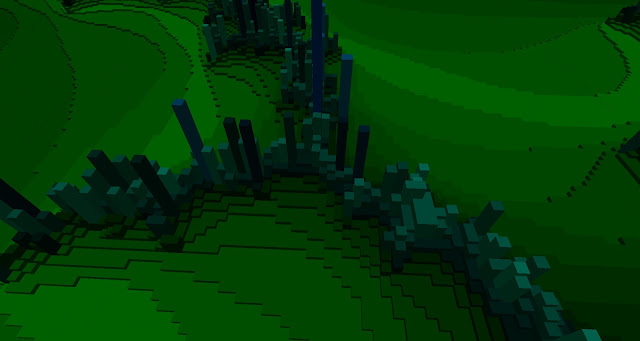 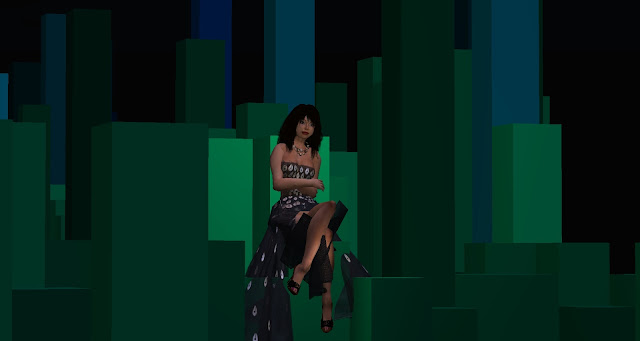 Way cool, huh? I'm just sorry I was so enmeshed (so to speak) that I forgot to set midday before taking the photos.

Mac's notecard informed me the build is sim wide and the fractals change regularly. Placement was figured by a program written (by Mac, I'm sure) in C, which figures out which type and size of object to display, and where to place it. It's brilliant.

Mac teleported in as I was taking the last picture above. The transition between fractals isn't yet fast enough to suit him; he's having trouble with the Linden viewer besides. Some prims aren't rendering. Perhaps that's why there are holes in the first photo, above.

Take a look at Mac's wonderful fractal work on his FLICKR site.

Next: Mac rezzes a new Mandelbrot set for me.

Posted by Cheyenne Palisades at 7:22 PM