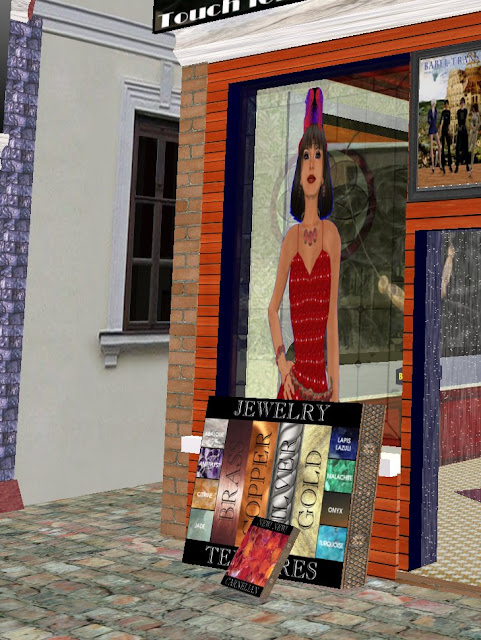 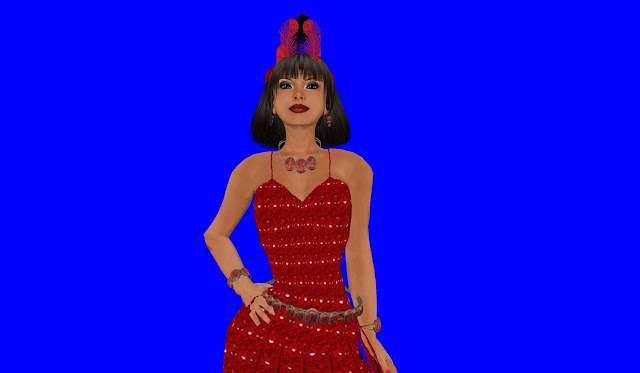 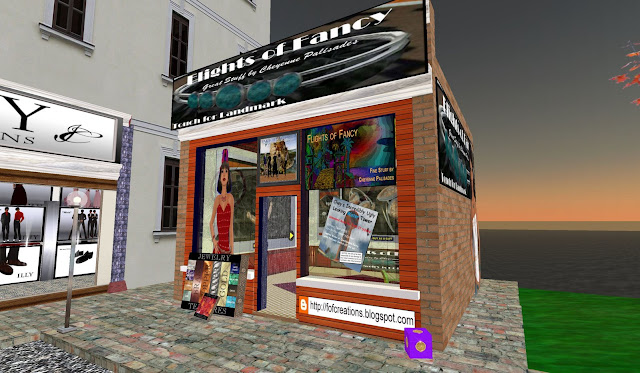 I've been doing page layout with Quark XPress for many years, but somehow I just never got around to learning to use PhotoShop. I was able to crop and otherwise manipulate photos well enough to get by, in most cases and asked for help when there was something I couldn't manage.

When I got to Second Life, XPress served adminrably for making signs, of which I seemed to have need of quite a few. It was incapable of making image files, so I would print to Acrobat Distiller, crop the result, and save it from Acrobat as a BMP or JPG.

But my needs were such that Quark was not sufficient. I needed, for instance, to make alphas-- transparent textures. In Sl, they make the space between fenceposts, leaves of trees, and they make those neato cardboard cutouts.

I had PhotoShop on my ancient Mac iiCI, but I don't have it for the PC. I do have Elements, but I was hesitant to spend time learning a crippled program. So I downloaded the GIMP, a powerful free graphics program, and began to poke about with it.

The GIMP tutorials seemed to all be based on an earlier version of the program, so I had one devil of a time making my first successful alpha-- but finally there it was, a cutout of me and Sweetie. It took a while to make a second, for I wasn't sure exactly what I had done, but I persevered, and before long I could make alpha textures quickly and easily.

I discovered along the way that it's a LOT of work to cut figures from a background. I had to blow the images up and erase them pixel by pixel.

And so I was happy to learn that my N30 photo studio (about which I've not yet blogged) provided several unicolor backgrounds. They made it easy to make a cutout of me in a 1920s outfit for my new mini-store in the Chataqua Estates sim.

Lsat night, I"m proud to say, I was able to make an Alpha using Photoshop Elements!

Posted by Cheyenne Palisades at 3:15 PM

Check out the book _Beginning GIMP: From Novice to Professional_. It's based on GIMP 2.4, the current version... though I should warn you that there is a group looking into improving the GIMP UI, and who knows what they'll come up with and when.

am a big fan of your blog :-) its really lovely and i like it

just dropped by to say Hello and to wish u a lovely day .

keep up the gr8 work

Thank you SOOO much, sairus!!!! I'm glad to know people are reading and actually enjoying this listtle bit of blogosphere madness. :)