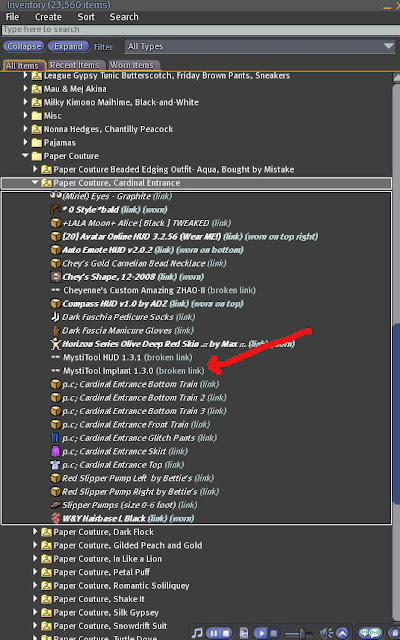 Don't you just hate it when links in your outfit folders break?

They can't be searched, apparently. I had to to through each outfit to remove the broken Mystitool links.

Posted by Cheyenne Palisades at 12:30 AM 2 comments 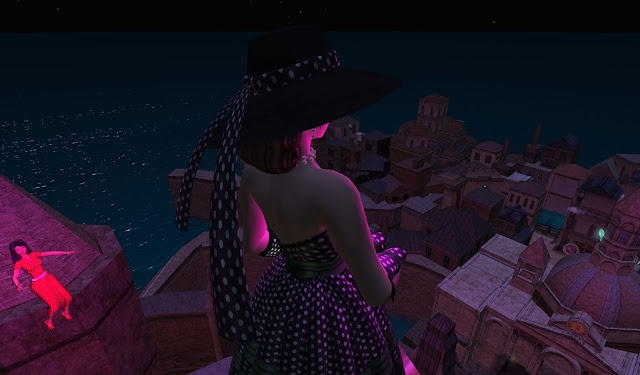 Sweetie: Messing with the Fabric of the Metaverse

Second Life blogger Pancake (thanks for the heads up, Iris Ophelia!) has issued a challenge to other bloggers-- and non-bloggers as well: create an intriguing character in Second Life. Check it out.

It occurred to me I have already created just such a fictional character-- the notorious, the infamous, the one and only Sweetie!

That's Sweetie, above, sitting, as is her custom with her face away from the camera. We can admire her couture, but her face? That's private. Notice how I'm looking on adoringly from the background.

Sweetie came about because someone I'm close to both in Second Life and in the real world asked me not to use her avatar's name. Mine was not to question why, mine was but to blog or die. Since I wasn't allowed to use her real virtual name, I call her Sweetie in this blog.

Although she's an avatar de plume, Sweetie soon took on a life of her own. She's rather like her doppelganger, only more so. Much more so. She manages to project an air of innocence and menace at the same time. I've no idea how. Perhaps it's her katana. She works in her fortress of solitude, poking at the boundaries of Second Life by doing things like seeing how deep she can bury her cache of exploding lipsticks inside nested inventory folders. Things start to get wonky, she tells me, at level 72. She says she's just keeping the world safe. Her most unstable cosmetics, she tells me, require at least ten levels of subfolders to be safe. Here's my post about her subfolder experiments. 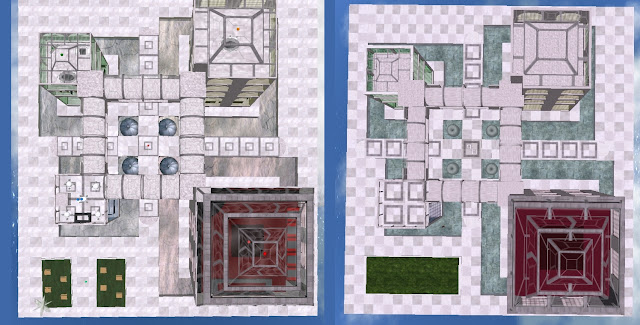 Unless one uses Copybot or a pirate viewer, it's not possible to replicate a no-mod build in Second Life. The sizes of the prims are unknown, the spatial relationships between prims in the linkset are unknown, the textures can't be copied, and if the textures were imported at a low density, it may not even be possible to guess what they look like.

So of course I accepted the challenge.

I was to make a full-size build of a scale model which consisted of four buildings, walkways and waterways on the ground, and elevated walkways. Think 700 prims, every one nonmodifiable.

And so that's what I built. It frequently made me wince, but I forced myself to do it. I have to say, though, when I just couldn't stand it, I made a few changes.

I mean, the original build was a model, constructed to give a potential client an idea of what a full-scale version might look like. So of course it was sloppy. Why shouldn't it be? It was meant to give an idea of what it could become, not to be a small and identical version of the finished, larger build!

The model was sloopy (and I'm not blaming the builders, they did a great job and understandably didn't add spit and polish. And since the model was sloppy, the full-scale duplicate was sloppy. The final product was a blown up 96x96-meter version of a tiny model with only an hint of texturing.

Here's my approximation of the texture used by the model maker for the buildings. The original has to be 32 x 32 pixels. 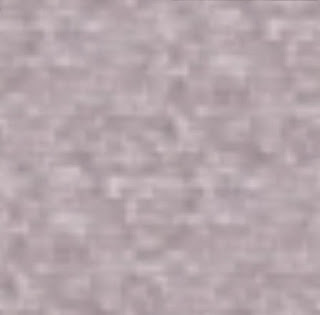 At the top of the blog are are overhead photos of the model (left) and my build (right).

Some changes I made:

* I made one large park area instead of two smaller ones. Those tiny squares in the scale model are picnic tables.

* On the center prim, Sweetie made a design that reflected the relative size and position of the buildings-- at left. At right, she decides to use the prims as personal adornment. 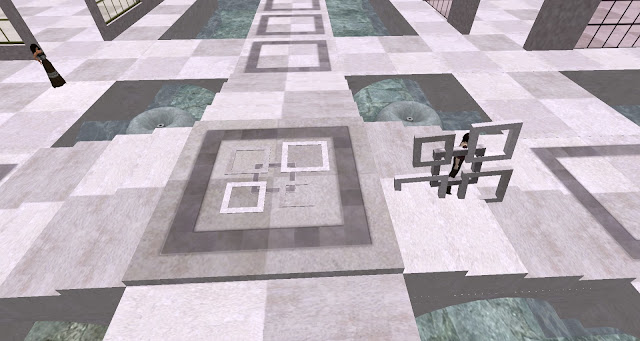 * I didn't recreate the poseballs that noted the landing zone and the relative sizes of the buildings.

* I didn't duplicate the elevator shaft in the smallest building because I had the client's okay to omit it.

There were a few other changes, all small-- in the upper walkways I removed prims that captured the camera and would trap tall (and everyone in SL is tall) avatars.

I was able to reach Scar eventually. She was kind enough to give me permission to duplicate her build. I made close approximations of the textures used on the walkways, and rooftops, but when Scar gave me the name of the woman who had supplied the textures for her build, I stopped my attempts to duplicate them. She was willing to sell them, and they were her creations, so it wouldn't have been right to continue. As a placeholder, I used a simple grid of windowpanes.

Below the fold are more comparisons of the model and the full-scale product.