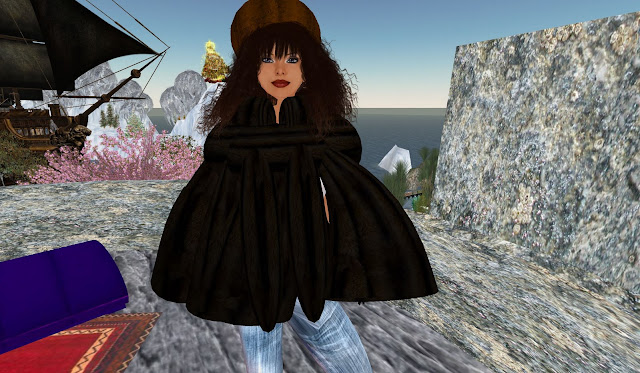 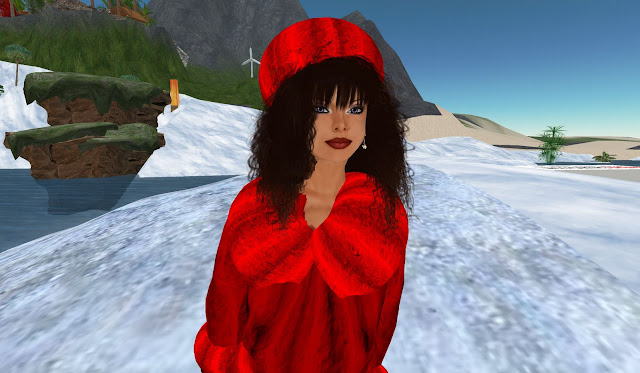 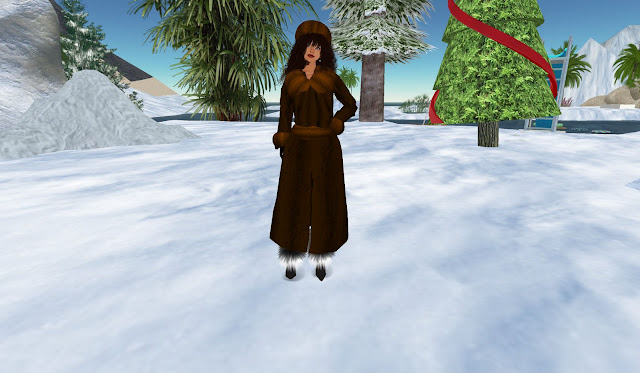 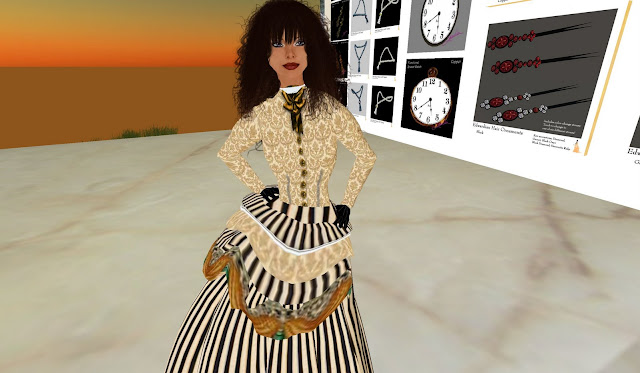 My friend Stargazer is a big aficionado of Second Life designers, and she keeps track, through various groups, of what is free and on sale. She is kind enough to cue me in sometimes and then I cue in my friends.

And I SWEAR this is not becoming a fashion blog. I've just been a fan of fashion these past few weeks. It will pass.

Last night the told me about a sale at Prim & Proper (SLURL here). And it was indeed a big sale! Period dresses from the late 1800s through the early 1900s were only $100L, and there was a wide selection of fans for $10, and dozens of beautiful hats for only $25L.

Needless to say, I loaded up.

One of the things I bought was the black mink wrap in the pictures. It was only 50, and is well made-- but when I put it on it blinged so much it almost burned out my eyeballs.

Bling off. It still blinged.

/bling off. It still blinged

/1 bling off. It still blinged.

So I went on a bling hunt (the wrap was copyable), hunting for bling scripts tedious prim by tedious prim and erasing them and running a particle eradicator script whenever I did.

Finally I just got fed up-- I didn't like the jewel anyway-- and unlinked it prim by prim and erased it.

I now have a really nice, non-blingy coat. Not bad for $50L.

But I have to say, that coat was the most blingy, scripty thing I have ever seen in Second Life. Almost every prim-- and there were maybe 100 in total-- contained Robin Sojourner's bling removal script. So when i was wearing that coat, itwas really using up a lot of resources.

As a public service I IMed the creator, Shenlei Flasheart, to let her know she could remove those bling scripts immediately after dropping them in, as they do their work in about one second.

Goddess knows how many of her coats are out there slowing down the SL experience. But at least she knows now.

Photos: Me in the wrap, in red and natural mink coats that are only $100, and in one of the hundreds of persiod costumes on sale.

Posted by Cheyenne Palisades at 9:36 PM

It's a known issue, she's addicted to bling. How'ver, I hadn't even THOUGHT to remove the jewel on the mink capelet! Because the spool-heel shoes she has, I adore so much, are nomod, and I CANNOT STOP THE BLING AAAAH MY EYES--

But if the capelet is moddable...hmm...

*capers off to experiment*

Her bling does not turn off it seems!

There are LOTS of [rims you'll have to kill on that mantelet. Good luck! I wiped my first one out and had to buy another-- not a big burden at $50L :)