Vendors and Servers and Sales, Oh, My! 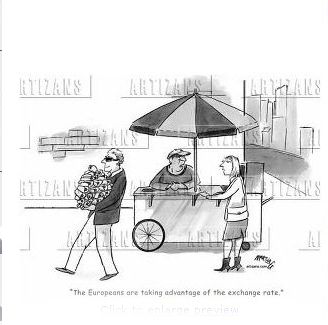 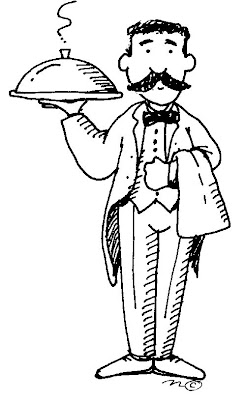 Vendors and Servers and Sales, Oh, My!

For the past oh, about six weeks I’ve been learning about vending machines in SL and stuffing servers with various things I’ve made.

Let me differentiate between vendors and servers.

Vendors are those machines from which you buy things.

Servers are centralized storage points for items which can be sold from any number of vendors scattered throughout Second Life.

It’s possible to buy directly from objects; many of those photos you see in clothing stores are just prims with pictures on them, set to sell what’s inside. Vendors are a little more sophisticated. They can give you notecards, and the better ones cycle through products, showing you photos of each. A merchant can stuff a vendor with product and stick it in a store and it will automatically dispense its goods when it gets paid.

I stuffed one of Hiro’s free vendors with nine items of jewelry, and it worked great.

But it made me realize I needed networked vendors.

Networked vendors feature servers which contain the actual products. Vendors can be placed all through Second Life and set to talk to a server. When prices are changed or items are added, the server is updated and the server updates the various vendors associated with it. That means seller’s don’t have to chase all over Second Life to update their vendors; they simply stand in one location (usually their workshop or home) and update the servers, which update the vendors. It saves a LOT of work.

And so, I purchased JEVN Networked vendors.

And so I spent WEEKS stuffing a JEVN server with 72 items of silver jewelry.

To stuff a vendor, one adds items, photos of each item, and, if one wishes, a notecard for each item. Then one plugs the names of the objects, pictures, and notecards into a notecard.

You see, the names of the contents and the names in the notecard must match EXACTLY; if they don’t, the server shuts down. Then one has to debug it, comparing names and making small changes until, finally, it works.

I mean, it’s difficult not to make a typo when the name of your item is something like “PAIR of Chey’s Gold Abalone Bracelets, 3 Conchs, Boxed.”

And even more difficult when the server is case sensitive. I can’t tell you how many times I’ve spelled Bracelet “Braclet” or “bracelet.”

It’s made even MORE difficult because there’s some sort of bug in either the JEVN vendors or Second Life itself (or possibly in my brain) that causes exact matches to sometimes read as non-matches. I would finally resort to retyping names, leaving them exactly as they had been, and they would eventually work.

I told myself, “That’s okay. It’s a lot of hassle, but once it’s running, it will be golden. It will run itself.”

And it does run itself. I have that silver jewelry server running at Pele, with vendors in three locations, and it’s all working flawlessly. It sells items and sends me reports of what has been sold.

But I finally broke down and spent the $1800L and bought the hippo-Tech Network Vendors.

I like them because they work through a website. It’s far easier to enter information there than in the SL interface.

To use the hippos, you rez and register a server in world, stuff it, and upload its content. The rest is done on the website.

It works well, and time to get items set up is greatly speeded up.

It scares me a little because a problem with the hippo-Tech website would shut down sales, but it seems worth the risk.

I now have, let’s see, eight, servers running: Gold Jewelry, Silver Jewelry, Bronze Jewelry, Train Accessories, Sundries, Toys, Media (televisions and speakers), and Furniture (the Gold server is empty, as I’ve not yet stuffed it). I still have products to stuff in the servers, but all is going well, now that I’ve grown comfortable with the hippo website and the operation of the servers and vendors.

But what a lot of work it’s been!

p.s. The hippo system was updated last night. Making the update was easy. I simply jumped to the hippo-Tech store, touched a sign, and received the update. Back on Pele, I rezzed a floppy disk for the servers and another for the vendors, touched the various servers and vendors, waited for the update, and set them back on line. Painless!

Posted by Cheyenne Palisades at 1:32 AM