Photos of Mont St. Michel stir up hidden memories. The little town-on-a-spit-of-land seems strangely familiar, as if I have been there in real life. And perhaps I has, as for four years I lived only about 100 miles away, in Orleans, France.

I can't quite remember visiting, but then again, I was young, and we saw so very many places on our weekend rambles. So I suspect we actually went to Mont St. Michel, and that's why the photos of the place haunt me.

As soon as I read in Mariko Nightfire's blog that Mont St. Michel had a Second Life counterpoint, I dragged Sweetie there.

Here are photos from Mariko's blog of the real life and Second Life Mont St. Michels:

You think that's cool, take a look at this animated GIF of the above two pictures.

I made an animated GIF, but it doesn't want to play on Blogger. Sorry. You'll just have to take my word for it.

The detail and fidelity of this historical reproduction (the sim was made by Moeka Kohime) is just amazing. It's a great visit with only a few camera traps caused by close quarters. I highly recommend a visit.

Here are some of my photos: 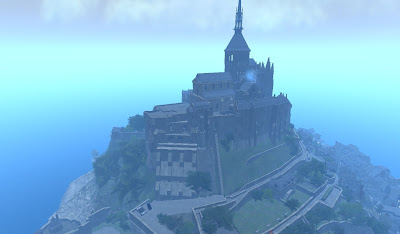 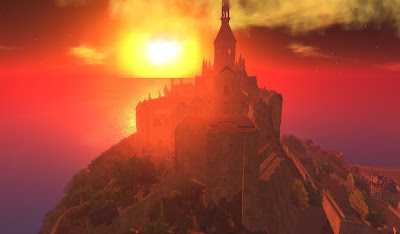 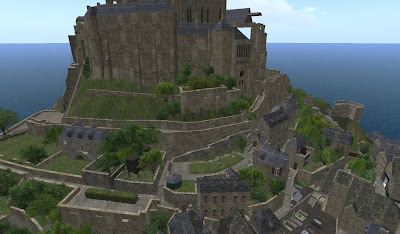 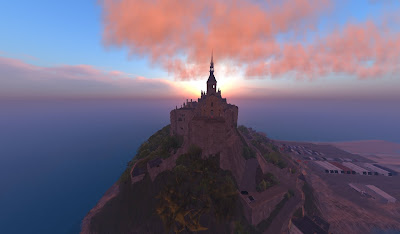 The only area that disappointed was the chapel, the ceiling of which didn't come close to the original. Here's the chapel ceiling at Mont St. Michel, Earth:


The ceiling on the sim was much less ornate.

It was difficult to get a good photo of the chapel's interior: 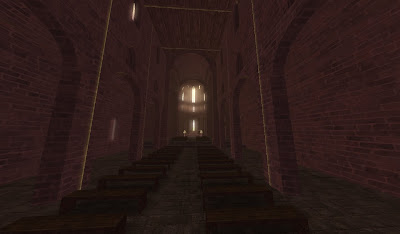 But that's why the Lindens created Windlight: 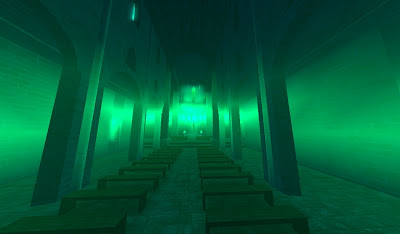 You know what? After walking the Mont St. Michel sim I'm convinced I visited there when I was a child living in France.

Posted by Cheyenne Palisades at 12:56 PM